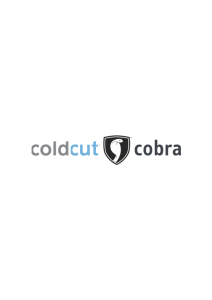 Welcome and a big thank you to Martin Orman and Coldcut systems as our new Bronze sponsor.

Cold Cut Systems AB is world-leader in the field of Cutting Extinguishing. At present there are about 1000 Cutting Extinguisher systems installed in everything from small vans to specially built Rescue Services vehicles in more than 45 countries.

The Cutting Extinguisher technique consists of a mixture of water and cutting agent being ejected through a special nozzle on a lance at high pressure (>250 bar) to cut very quickly through all known building and construction materials. The method enables the safe combating of fire and fire gases from the outside of the fire location. Because the penetration hole is so small no oxygen is admitted to the fire, which significantly boosts the firefighting effect in the area.

Combined action using Cutting Extinguishers, thermal cameras and positive pressure fans has proved to be very effective in the fighting of many fires. The Cutting Extinguisher is used on a daily basis around the world, and some examples of this action are described in the action reports.

Cutting Extinguishing is now a compulsory subject in the two-year, post-secondary school training (SMO, Protection against accidents). The training is for people who wish to be firemen and work with rescue and safety.

Main advantages of the cutting extinguisher: